Losing Some Great Ones

Before getting to the main content of this edition of "The Allen ReAction", can I say how happy I am that Enzo Amore and Big Cass are getting a shot at the Tag Team Titles at WWE Fast Lane. I'm hoping that something happens that results in them getting another shot at WrestleMania, and winning the title. Those two are just flat out funny, and I'm entertained every time I watch them.

Okay. I have to talk about several recent headlines in which some professional wrestlers have passed away. 2017 has been a tough one already in the wrestling world. It's not even the end of February yet, and seveal well-known superstars are in eternity.

It all started with the passing of Jimmy "Superfly" Snuka, who died January 14th of stomach cancer at age 73. Snuka was widely-known for his rivalries with "The Magnificent" Muraco and "Rowdy" Roddy Piper. "The Superfly" leap from the top of the cage in Madison Square Garden onto Muraco, and the Piper's Pit segment in which "Hot Rod" shattered a coconut over Snuka's head, are moments that are firmly etched into wrestling history.

Then came a very challenging week. In the span of just seven days, four wrestlers or former wrestlers passed away, including one very popular independent star local here in North Carolina. Chavo Guerrero, Sr. died February 11th of liver cancer at 68 years of age. Next came "The Animal" George Steele. "The Animal", most notably known for his rivalry with the "Macho Man" Randy Savage and his infatuation with Elizabeth, died February 16th from kidney failure. He was 79. The following day, former women's wrestler Nicole Bass died of a sudden stroke at the age of 52.


And then the very next day, the wrestling world awoke to the news that "The Russian Bear" Ivan Koloff had died. Ivan Koloff was one of the greatest "bad guys" to ever get in the ring. I personally remember my disdain for him as a kid as I watched him hold my favorite at the time, Tommy "Wildfire" Rich, while Ole Anderson cut Rich's hair. Ivan's character was easy to hate and he made wrestling the good guys very exciting. He was the ultimate antagonist, and with the Russian gimmick, he had everything you could ask for in a genuine heel. He was 74.

Aside from the well known superstars, there was also a very heart-wrenching loss here in Eastern North Carolina. On February 8th, independent sensation Corey Collier passed away. He was 29. I never met Corey or announced his name. However, after his passing, I met many who were very impacted by this young man's passing. Corey will certainly be missed around these parts. From everything I've heard, he was a tremendous talent and a great human being.

Our thoughts and prayers are with the families of each of these mentioned here. Let's hope that March isn't like February. Wow! What a tough month of loss.

Let's change our focus to one of the hottest re-launches of any independent wrestling promotions in recent memory...EDGE Pro Wrestling, based out of Nashville, North Carolina! 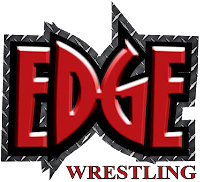 Not only is EDGE Wrestling experiencing some of the hottest crowds on the independent circuit right now in their LIVE events, but on February 13th, they opened the EDGE Pro Wrestling Training Academy in Elm City, NC!

This adds an incredible dynamic to wrestling promotion already on fire in Nashville. Now, young guys in the area who are wanting to learn how to wrestle, can do exactly that.

Now, let's hit the results of the last EDGE event, held at the National Guard Armory in Nashville...

The events of February 18th led to one match already being signed for the event on 3/25! Dwayne Allen will tag team with Temmor, as they will take on Kyndel "the Kid" Williams and Lucious Lance. It has also been announced that the POPS Memorial Rumble will take place, with the winner receiving a crack at the EDGE Heavyweight Championship!! Whoa Baby!!! Who knows what else will develop in the next several weeks as we get closer to March 25th. 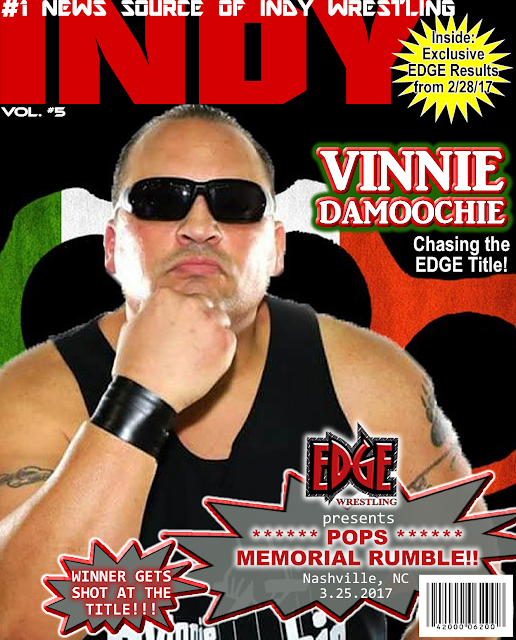 For this edition of The Allen ReAction, I'm Joe Allen. We'll see you at Ringside!